We're just back from our Mexico Road Trip around the Yucatan Peninsular and after covering well over 1000kms in the two weeks we thought it a great idea to put together a Guide to Driving in Mexico particular the Quintana Roo and Yucatan State.

Guide to Driving in Quintana Roo and Yucatan in Mexico

We have included links to books, products and tours that we recommend. If you purchase we may earn a small commission.

We started off our self-drive Mexican adventure at Cancun Airport picking up our rental car and headed to the Hotel Zone. From the next morning, we were out on the roads and covering the distance all the way across and up the state to Celestun and Merida then down to Laguna Bacalar then back across to Cancun to return the car.

We drove in towns, cross country and all the time navigated using the road signs and Google Maps!

This isn't the first time we've driven abroad, in fact, the majority of our family holidays we hire a car and drive around. But, with all honesty, it was the driving that worried Jez the most. I said that I thought it would be fine having driven in Costa Rica but he doubted that to be the case.

In fact, it turned out that this region of Mexico has some of the best roads we have driven on outside of the UK and USA. Much better than driving in Greece, Cyprus or Mallorca.

We were astonished how much we covered plus the fuel in Mexico is cheap!

It was 21 Mexican Pesos at the most expensive for regular unleaded fuel about £0.85 which meant that we were able to save money and see more for the country than if we had used taxis, tour buses, regular buses or flown.

In this guide to driving in Mexico we hope we cover everything that you may want to know but if you have any further questions please feel free to ask them in the comments below.

Is it Safe to Drive in Mexico?

When we first planned our trip one of the most frequent responses from friends and family was "are you crazy is it really safe to drive in Mexico?"

One of the "rules" we stuck to was not to drive at night. The one day we knew we were going to be out past dark and needing to drive we opted for a taxi instead and looking back we would probably have been fine (and saved us money) we just didn't want to risk it.

We used Google Maps as our Sat Nav occasionally changing the route based on the road signs but found that this led us on main roads and avoided areas in the region that we would want to avoid.

What side of the Road Do you Drive on In Mexico?

For us, from the UK this was one thing we did have to remember.

In Mexico, it's the opposite side to us in England so drive on the right, not the left as we do here.

Is the UK driving Licence Valid in Mexico?

In one answer YES!

We took our photo driving licence and also got our DVLA licence "check code" -> You can get yours here.

We've since researched and looks like English Speaking driving licences are valid for tourists driving cars but not for those that are taking up residency in Mexico.

Car Insurance to Drive in Mexico

As we hired a car at Cancun Airport we opted for full insurance coverage there our UK car insurance wouldn't cover us.

In fact, as we got the car we extended for the normal cover to further cover just in case.

This did increase the cost of our car hire but we knew we were covered for most eventualities.

On the Yucatan Peninsula, there are a few Toll Roads, and although these are well maintained and easy driving they can get expensive very quickly. Instead, we switched on avoid Toll Roads on Google Maps and took the Carretera Libre signs when we followed them.

This did mean often slowing down as the roads passed through towns and villages with many speed bumps and dogs but it made for beautiful scenery and interesting views as we drove through them.

What are the Speed Limits in Mexico?

Speed limits vary around the Yucatan and Quintana Roo changing quickly along roads and on the slip roads off the main routes.

All of these are posted in kilometres, not miles like we are used to the in the UK and USA.

Main roads were often 80 or 90 km/hr but towns 20 - 30km/hr the speed signs are obviously and although the Mexican drivers don't seem to observe them we did!

What dangers do you Find on the Road in Mexico?

Driving in Quintana Roo and Yucatan there were very few problems. From the road works in progress and signs everywhere a lot of money is being invested in improving the transport routes.

However, it is a work in progress and we did find some things that you should be aware of.

These seem to be in every village, town and city we visited. They do work all of the traffic slows down and there are plenty of warnings.

It's common for people to put on their hazard warning lights before coming to them to let you behind know that they are there.

Yes, it rains in the UK, but the rain we experienced in Mexico every day was something else.

You really can't see much further than the bonnet of the car and the window wipers are going at light speed.

If we could have avoided it we would have but with it happening daily in July/August it was just impossible.

The signs are there from cattle to jaguars that animals do cross the roads.

Just keep an eye out it is jungle either side for much of the areas so it's to be expected.

These are common throughout the Yucatan and Quintana Roo States.

As you enter some towns there is a police checkpoint and military on some of the main routes.

Slow down, put on your hazard warning lights to let others know that you are passing through them slowly.

Then drive through slowly. In most cases, they will wave you through. If they stop you then be courteous and listen to what they ask.

We were stopped and checked for wearing seat belts - which coming from the UK was something that we do automatically when we get in a car anyhow.

So overall driving is great. We found it much easier and I know that Jez was really surprised as before we went it was one of his biggest worries. 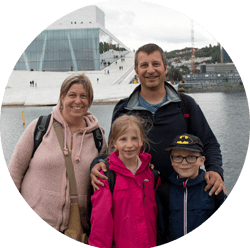